Use The Insight Of Personalities To Find Your Best Partner, Design Your Ideal Relationship, And Build A Loving Family
Learn to Read the Clues Your Partner and Family Are Giving You to Become More Insightful and Nourishing to the People You Love 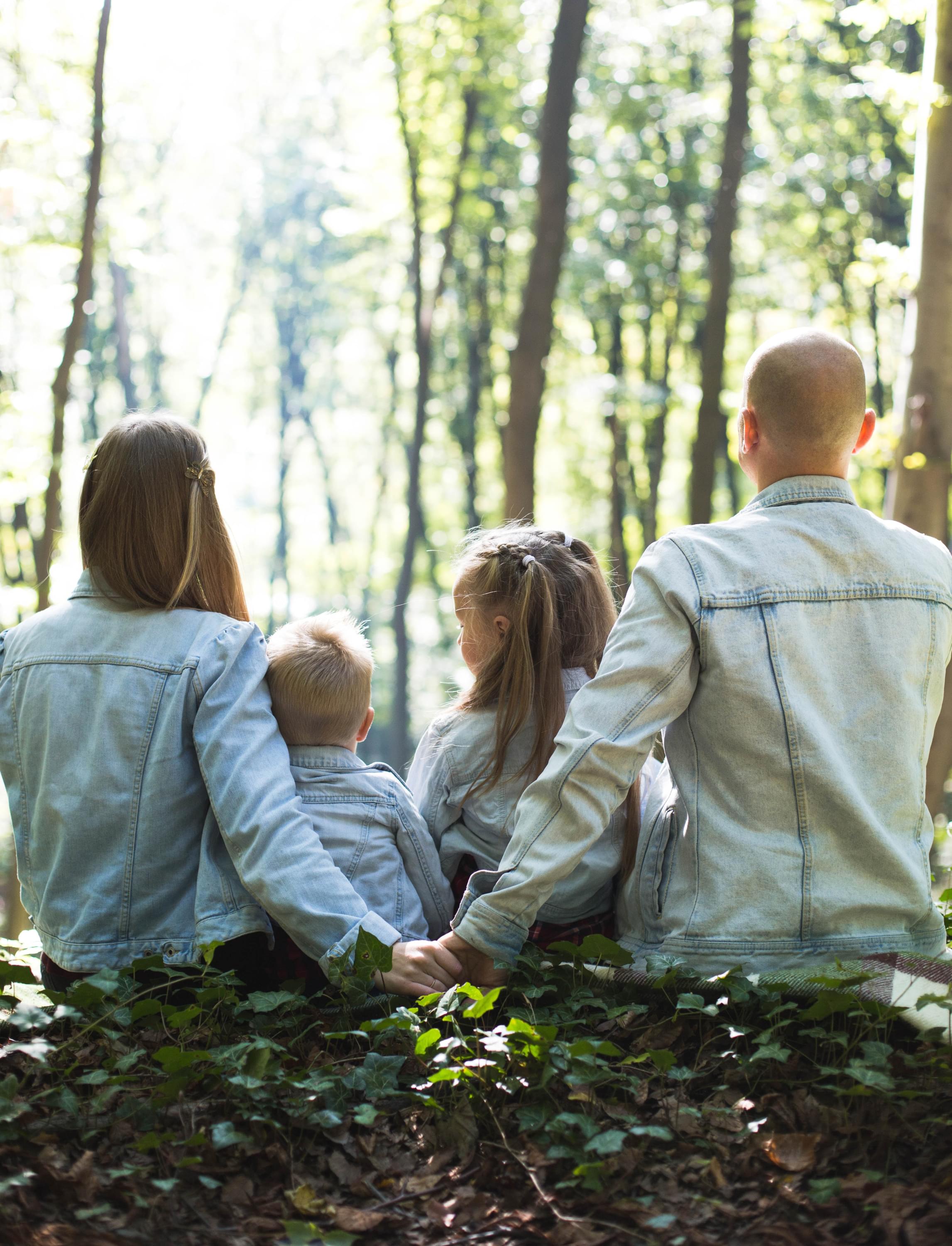 Are you wasting your time on the “Pygmalion Project” to try to get to an ideal relationship?
In Greek mythology, Pygmalion was a sculptor who – losing interest in ‘real women’ – carved his ideal woman out of ivory.
We are often attracted to people very different from ourselves. That makes sense – polarity creates attraction. But once we begin building a life with that person, we find ourselves starting the “Pygmalion Project” – we become frustrated by the ‘reality’ of these difference, and try to chip away at these supposed imperfections to turn them into our ideal relationship, ignoring that those very differences were what once attracted us in the first place!
Understanding our mates and children on a profound level helps us decipher the difference between personality preferences (which are MOST of our differences) versus a behavior intended to frustrate us (which is almost NEVER).
Have the Best Possible Relationships with the People Who Matter
Register NOW for "Personalities Relationship" Suite 3 Program Bundle Only $197 Click Here
Click here for payment plan
You Deserve Love
There's a great quote: "You deserve the love you keep trying to give everyone else."
Woven into that quote is the tragic idea that there are many of us desperate to share ourselves and develop beautiful intimacy but unsure of how to make it happen.
If we're a planet of people bumping into each other with the exact same desire - to find the love we're trying to give everyone else - what stops us?
SOMETIMES IT'S US
We're self-protective, we've been hurt, it's hard to open up if that only means giving someone an opportunity to metaphorically stab our precious heart.
SOMETIMES IT'S OTHER PEOPLE
They don't know how to engage, to show up, to be there when we need them, because they're dealing with the same insecurities and doubts we're struggling with.
BUT MOST OF THE TIME
It's the line between the two points. The tension between you and me. The place where we do things like:
1) Overvalue ourselves and assume that "what makes me tick must be the same for everyone"
2) Find ourselves recreating the same relationship messes, mostly realized in hindsight
3) Try desperately to communicate our feelings only to find ourselves lacking the words
4) Speak when we should be listening, or withdrawing when we should be speaking
5) ...and a host of other issues we try not to hand down to our kids, but feel powerless to avoid
Welcome to the "Personalities in Relationship" Suite
3 Powerful Programs In One 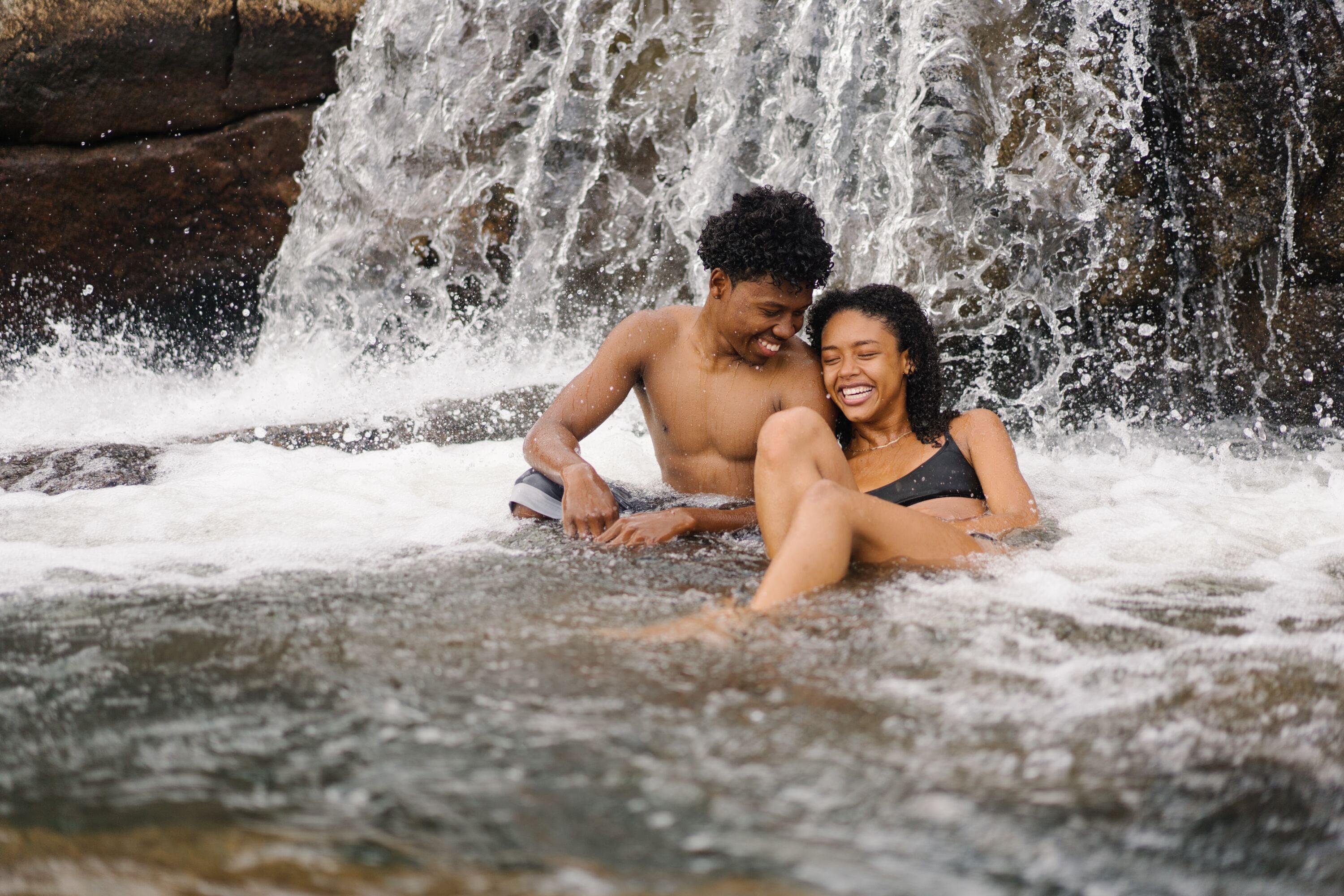 Make sure the people you are attracting are right for you
When you truly know your personality type – you will be able to identify what types of lovers you are already attracting AND which lovers you’d actually like to attract.
There's more to dating than simply finding someone you like.
The beginning phases of any lasting relationship are built on what could be called the "Initial Conditions" - factors that influence the lifecycle of the relationship.
Give your young relationship a fighting chance with:
1) A deep understanding of yourself, what you want and how you operate
2) Insights into how relationships themselves work, and

3) Evidence that you have the beliefs and mindsets to physically,
emotionally and psychologically support your partner
In Program #1 of the Relationship Suite you'll find...
Session #1 – Understanding YOUR Unique Dating Style
–  What do people fear the most in dating?
– Belief systems as leverage point in dating
– Why do people end up with the wrong person?
– How our cognitive functions relate to attraction
Session #2 – How To “Speed Read” People on Dates
– Know what personality type you are personally attracted to
– How to "speed read" the decision-making functions
– How to "speed read" the building blocks of type
– Spotting healthy mental processes
Session #3 – Becoming The Most Attractive Version of Yourself
– Harnessing the power of your personality
– The absolute best way to attract your ideal partner
– Why sometimes the best partner brings out the worst in us - and how to overcome this
– The 4 Dating Styles - and how they show up in more aspects of your life
Session #4 – Personality Types You Are Most Compatible With: Q&A Session
– Introduction on compatibility
– Popular questions answered
– Getting the relationship you want
– Final thoughts
BONUS: Attachment Theory
Relationship and Attachment Theory expert Bruce Muzik gives a sneak peek into Attachment Styles, 1) what you need to know about yourself, and 2) what you need to look for in others. 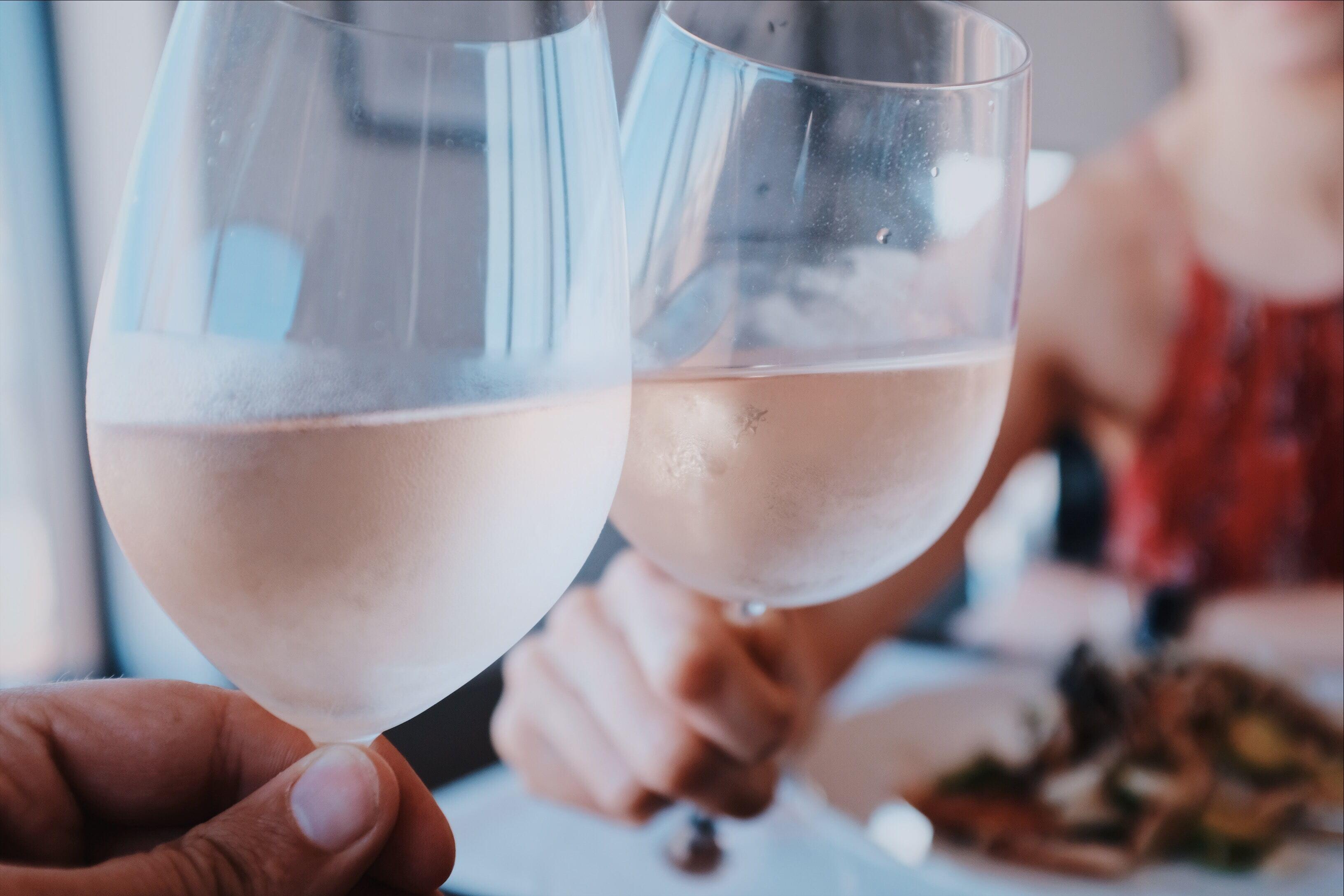 Opposites Attract...
It’s a normal thought to be watching your mate talk and the thought strikes you… “we are nothing alike. How did I end up with this person?”
This is normal. Usually what happens next is you try to “re-make” your lover into another version of you.
But that’s not why you are with them in the first place. You chose this person BECAUSE of their differences.
Don’t try to change your lover… understand them better
It’s our belief at Personality Hacker that ANY two personalities can be attracted to each other and form a strong, intimate, and fulfilling relationship. Of course, some types are more and less compatible – but with some focus and intention, each relationship can be improved.
We believe that by truly understanding how your mind learns and makes decisions – you will have the skills needed to be a good romantic partner.
If knowing yourself so well makes you a good romantic partner, then knowing your mate’s personality (how they learn information & make decisions) can make you an amazing romantic partner.

In Program #2 of the Relationship Suite you'll find...
Session #1 – Attraction, Love Languages and Personality Matches
– Avoiding the Pygmalion Project
– How we ask, "Do you love me?"
– The relationship killer: contempt
– Love Languages and cognitive functions
Session #2 – Sex, Money, Shame and Self-Esteem
– How Sensors and Intuitives relate to each other
– Why we fight about money
– Sex, jealousy and pair bonding

– Us vs We, and the power of sex in relationship to enlighten
Session #3 – Dealing With Conflict and Fighting Fair (special guest Bruce Muzik)
– Healthy VS Unhealthy conflict
– Three stages of a relationship: Falling in Love, the Power Struggle, and Bliss
– How to resolve arguments without saying anything
– The "See Into Me" tool
Session #4 – Co-creating Your AMAZING Relationship: Q&A Session
– Connect first, communicate later
– The goal of mature love
– 50/50 Relationship
– Final thoughts 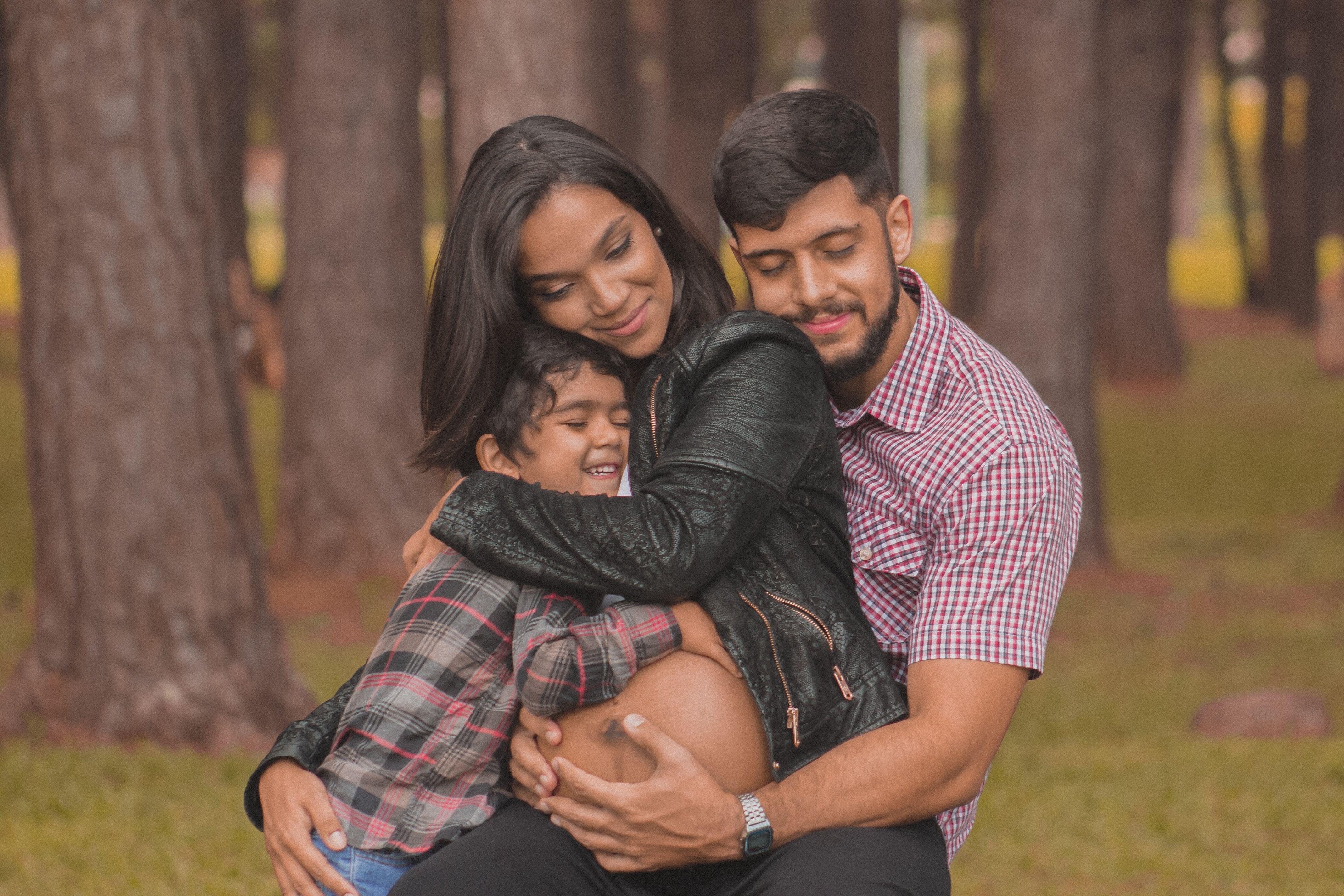 Keeping your children alive often feels like the sole duty of a parent.
This is called “keeping them safe,” but considering how hell-bent kids are at doing insane things, that can take almost all of your concentration.
But there's something else on a parent’s radar that goes beyond the immediate, let’s-keep-the-fires-at-a-minimum, day-to-day stuff.
The long game...
How do I help my child THRIVE in life and be the person they were meant to be?

There’s a model that explains where people tend to put their focus and energy.
It has four primary categories:
Important, urgent
Important, not urgent
Urgent, not important
Not urgent, not important
Because we live and work in a high-pressure world, we have a tendency to focus on urgent things… even if they don’t qualify as ‘important.’
Raising our kids in a conscious manner, helping guide them to be amazing people with self-confidence and self-knowledge… this is IMPORTANT.
But in the face of getting them to school on time, making sure they’re eating healthy meals, keeping them from snowboarding off of the roof in winter… it’s difficult to think about the long game when the short game is so intense.
On top of that, once we sit down and start thinking about raising a conscious child, we may not know where to begin.
In the movie “The Matrix,” the main character Neo didn’t gain his true superhuman powers until first he discovered himself. His guide and guru in the movie – The Oracle – pointed to a plaque above her wall which read “Know Thyself.”
It’s often been considered the source of personal power: to know oneself.
Your kids could start on this life long journey NOW.
In Program #3 of the Relationship Suite you'll find...
Session #1 –Becoming a Family of Significance 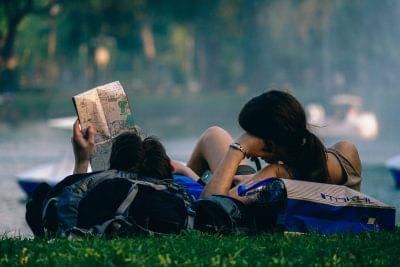 In Bonus #1 of the Relationship Suite you'll find...
Couple's Mapping: A Side-By-Side Comparison Tool For You and Your Partner of...

– Your Personality Car Models
– Your Enneagram Instinct (social, sexual, self-preservation)
– Your Love Languages
– Your Learning Modalities
– Your Socio-sexual imprints
(This bonus webinar is only available when investing in the entire Relationship Suite.)

"Talking Past Each Other" (LIVE EVENT)

Overcoming the Communication Breakdowns Between Types 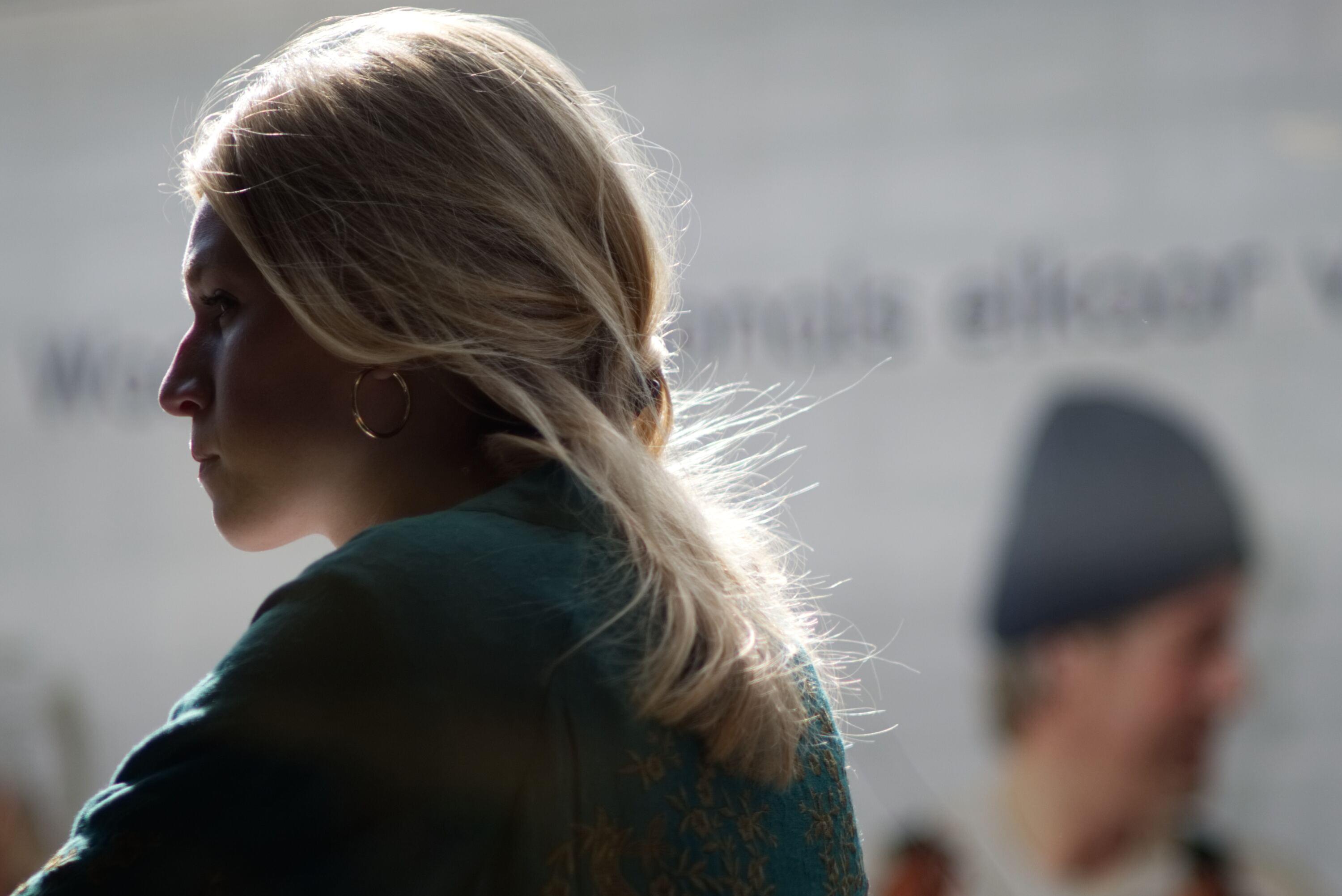 This is a LIVE Event on Saturday, February 29, 2020
Learn how our minds are wired for intimacy and connection...

– ... and how we experience the difference between them
– How each type hears, "You don't love me."
– When we want validation versus when we want solutions
– Reigning in the Ego
– How to avoid technology's interference in our communication
PLUS! Gain access to Joel and Antonia to answer your most pressing questions.
Register NOW for "Personalities Relationship" Suite 3 Program Bundle Only $197 Click Here
Click here for payment plan
Our personal 30-day guarantee
As always, when you join “Personalities in Relationships Suite,” you get 30 FULL DAYS to decide if it’s the right fit. If for any reason you’re not happy with your purchase, let us know and we’ll make sure you get a full refund.
Try it risk-free. You’ve got nothing to lose.
START YOUR GROWTH PATH TODAY
All Rights Reserved © 2020 | Personality Hacker LLC ® | Privacy Policy